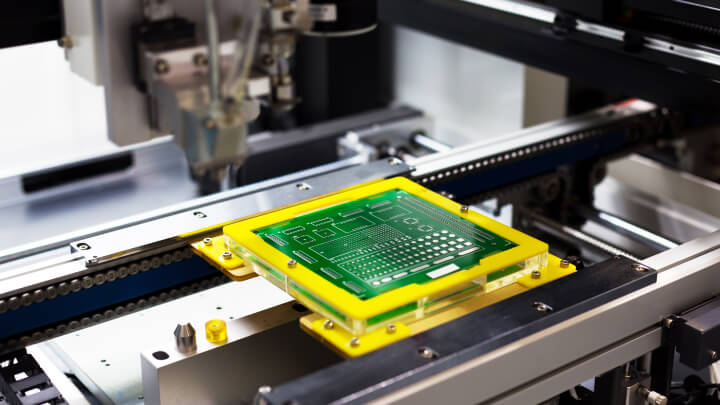 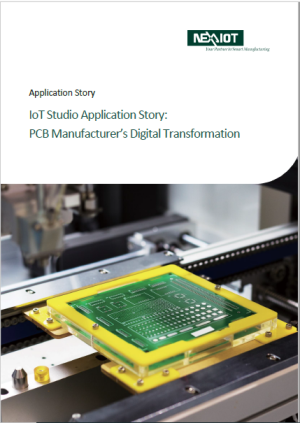 Our client is a Taoyuan-based PCB manufacturer whose customers are well-known domestically and abroad, who recognize the superior quality of their PCB products.

Factory management had always been satisfied with achieving 70 to 80% of production capacity and maximum output, as well as the factory’s ability to deliver goods to customers as scheduled. However, they discovered that inventory wasn’t proportional to real output, and consequently asked the administration department to investigate the root of this problem.

Because of the complexity of production lines and processes, they could only rely on the manufacturing department’s human-generated historical records and information. Not only was it impossible to confirm the data’s authenticity and accuracy, but whenever they needed to access data, they would unnecessarily expend considerable time. When the PCB manufacturer decided that their machines needed to give more realistic numbers, they realized that the machines were using outdated equipment. This is when they began to work with system integrators to find the best solution.

NexAIoT collaborated with the PCB manufacturer by installing counter on the production line’s front and back ends, which meant that they could track the interval time between entry and exit of each board, as well as transmit data every second to NexAIoT CPS100-M. CPS100-M is a gateway that supports multiple industrial communication protocols and thus compatible with PLC controllers of major manufacturers, such as Mitsubishi, accordingly reducing installation conflicts. The CPS100-M has NexAIoT’s IoT Studio onboard which is one of the functions of HiveX. IoT Studio can record the amount of time it takes for each board to enter the etching machine. Through IoT Studio, this data is then transmitted via Ethernet to NIFE300, which acts as a database server to ensure data preservation and privacy. 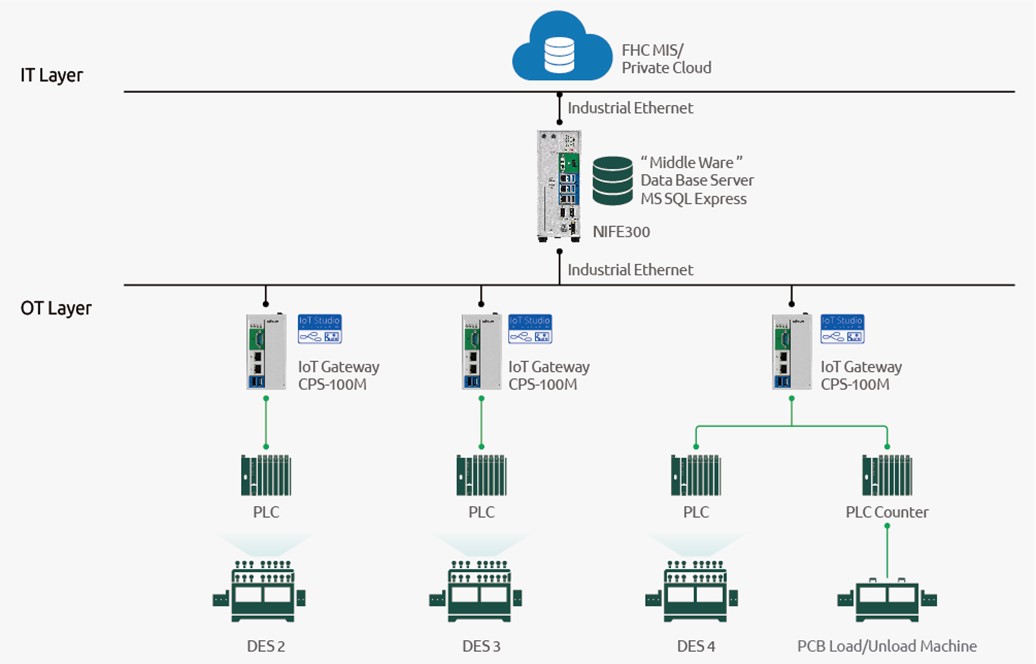 The combination of CPS100-M and HiveX brings the low Installation costs and quick data collection. Management can immediately view production line utilization rate and production history, allowing them to more quickly respond to problems such as production stoppage.

After the IoT gateway went live, management discovered actual production capacity was only 37 to 43%, which was not in line with the 70% reported by the production line.

Looking forward, the admin department should assist in improving the production line process so that they can actualize the target of 90% production capacity and even higher without expand facility, thereby maximizing company productivity.

Go To Product
Reserve For Consulting Service
BACK